Foucault / Assange – From control to the technology of secrecy


« I  believe men make something when they speak. They make something when they speak in the exact same way as when make a material object; speech is something that is produced. Once produced, it exists, it persists. Once it persists, it acts, once it acts, it changes, it has effects, etc. This inner consistency of speech, speech as a manufactured object – this is what I am attempting to express. »
Michel Foucault, France Culture, May 2nd 1969
When things are spoken, it is up to us to identify whom they serve and with what purpose. Who are we? Why do we stand up for one cause rather than another when so many are so urgent? Is it human to have to choose between the survival of mankind and mankind’s condition? Are we even free to make the choice?
Yesterday, on April 26th 2019, we heard Emmanuel Macron’s speech closing the National Debate. The themes of the debate and the answers provided confirm the outline of the fringes into which we are driven when we attempt to debate on society. We are being dismissed from the true stakes, barred from questioning the domination of the financial markets and the sole rule of capitalism. This central point, outside of which real change is inconceivable, is made inaccessible by  the highly finished mechanisms of speech patterns born of the association between the great fortunes and the States. These speech patterns have been refined over time; today, they are universal, a language spoken the world over. Assange has just proved that if you break into the secrets of its manufacture, the democratic powers will turn to force, like the repressive rules – even as they pretend to speak out against abuses and arbitrary detentions. Contradictions do not alter the efficiency of this speech. Within such a system, we can hope for nothing.
In 1969, Michel Foucault published The Archaeology of Knowledge (L’Archéologie du Savoir, Gallimard) in which he showed that there were no areas of knowledge but only manufactured speech patterns, interacting with disciplines of various natures, bringing forth, in the places where they met and overlapped, new human, economic, political sciences, from which, in their turn, arose new speech patterns...
In 2006, Julian Assange founded WikiLeaks, the result of 20 years of observation and experimentation on the art of secrecy taken to its highest level ever by the development of encryption. Assange is a mathematician, and also an brilliant encryptor, who seized upon secrecy as a subject of scientific study. He quickly found the link between the means used to hide certain informations from the public eye, and their importance in the eyes of those who held them: States, lobbies, armies. Beside perfecting the means to hide these informations and communications, it was also necessary that they should be destroyed in a way that guaranteed that aside from the protagonists, no one could be aware of their existence. As in a magic trick, a blank page was put in place, virgin of everything it had transmitted. Nothing had been torn or burned, the destruction of data was invisible.
The relationship between secrecy and the domination of individuals by great powers is an obsession for Assange. Not only has he understood the new shape of this domination, he has also found the key, has experimented it to his own risk, and still holds it today.
Michel Foucault and Julian Assange answer each other over a gap of over thirty years, beyond the explosion of technology.
In his History of Madness in the Classical Age (Histoire de la folie à l’âge classique, Gallimard), the philosopher shows how, at the end of the Middle Ages, the private fortunes and the Church began to influence public life by financing the restoration of the abandoned leper colonies. In exchange for a right to meddle, the clerical and private fortunes undertook the rehabilitation of these places, their organization and operation, while influencing the way they were put to a new use: the leper colonies remained  places of confinement, no longer for lepers as the disease had died out, but for the insane. The safeguarding of peace and quiet in the public space devoted to trade and consumption was the main motivation, rather than health or humanitarian issues, which surfaced much later…
Foucault has given us an unrivaled demonstration on places of confinement. In his lectures, Gilles Deleuze was later to speak of architectures of shadow and of light; according to the scientific and political formulation of the times, or the social values, the watcher shows himself through the bars of a cage, or hides behind the opaque window set in an armored door. Does the building determine the mode of surveillance? Or does a modern policy of observation and control determine the architects’ plans?
Nowadays, various schools of thought in the social domain argue for the opening of places of confinement. Voices are speaking out against the practice of detention for delinquents and confinement for the mentally ill. The goals of caring and healing are still current, but it is established that isolation does not improve the condition of a person suffering from anxiety or depression. Solutions such as electronic bracelets for the former and medication for the latter – or even both in extreme cases – allow us to hope that one day, we will be able to walk around freely, different are we are, empowered with a vehemently-defended right to express ourselves… Moreover, for thirty years now, the advent of the Internet has given us an impression of new freedom, the ability to speak with the entire world in every area of knowledge and to obtain instantly the most precious informations...
Until the whistle-blowers showed us that this was utterly false.
To be continued. 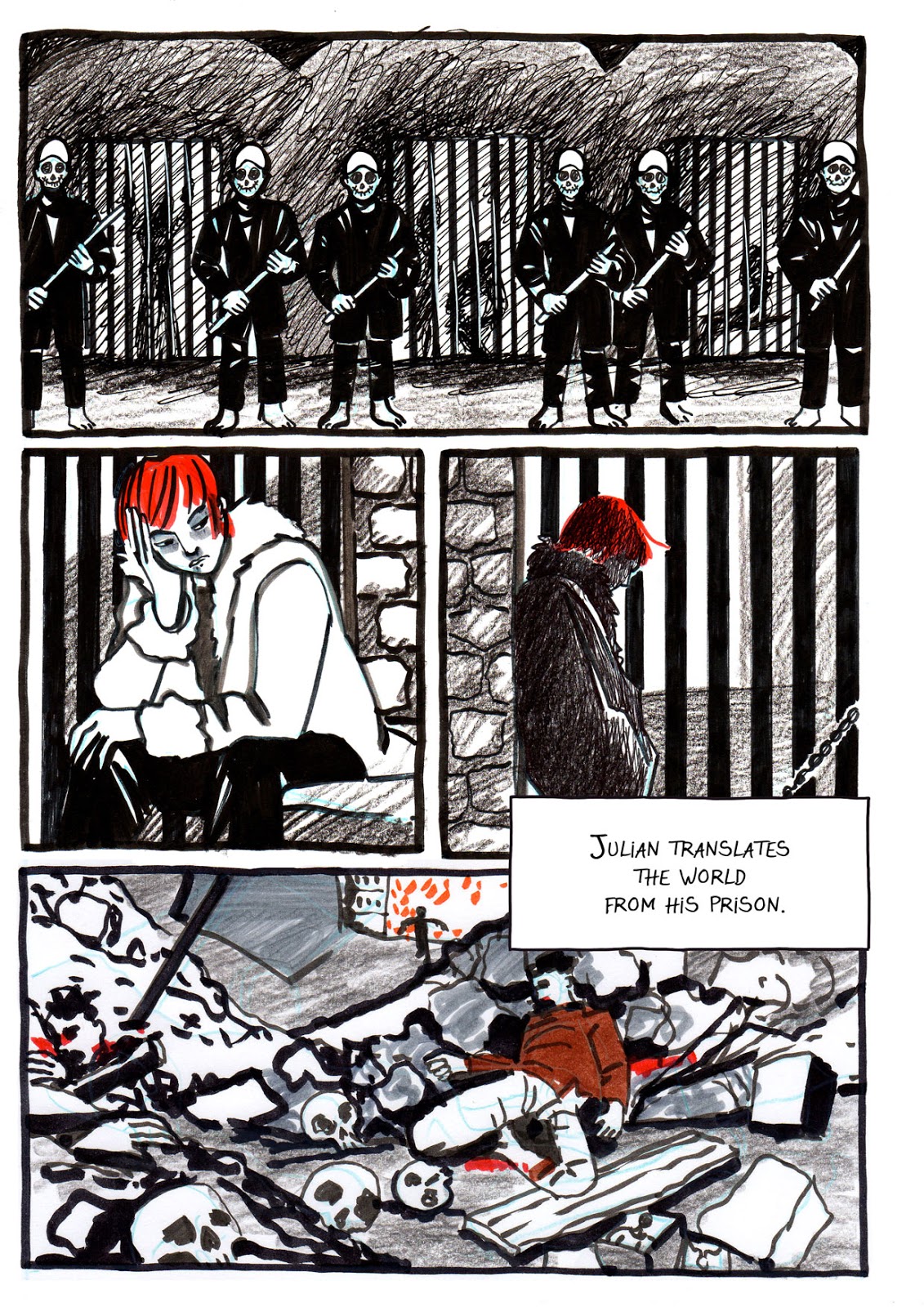